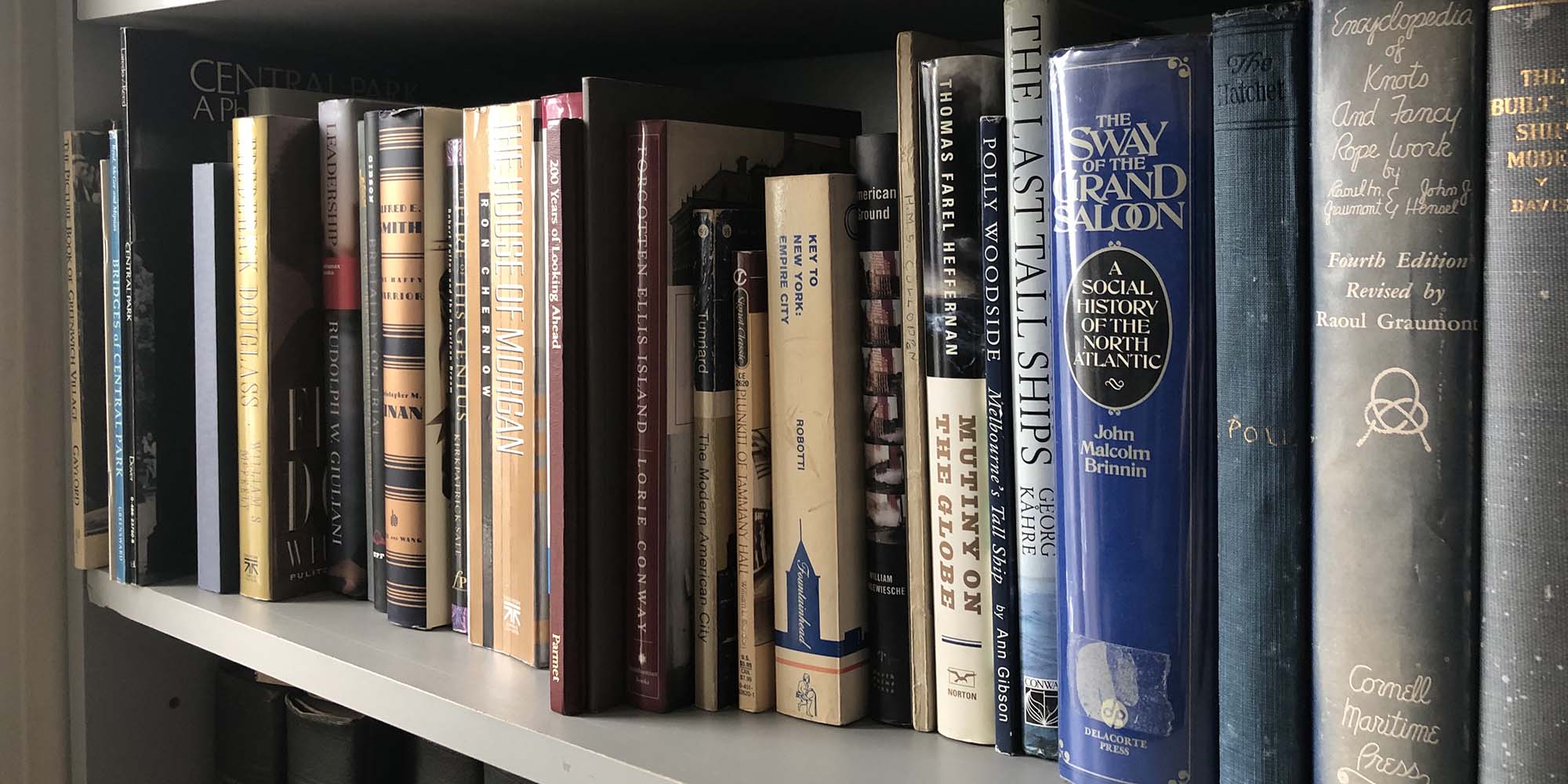 Presented in partnership with McNally Jackson Books, located at 4 Fulton Street, just a few doors down from the Seaport Museum, our literary selections will be announced one month in advance. Seaport Museum staff and special guests will stir up lively discussions on the last Monday of each month, informed by our shared love of literature, history, and preservation.

The event is FREE, and advance registration is encouraged.

October 2022: Up in the Old Hotel by Joseph Mitchell

The upper floors of Schermerhorn Row, a New York City Landmark, located within the National Register-listed South Street Seaport Historic District, include architectural remnants of the building’s history and developments, such as the renowned remains of two 150-year-old hotels. These spaces and their stories, made famous by The New Yorker writer Joseph Mitchell in his Up in the Old Hotel, will be the subject of this month’s reading and discussion.

“A legendary figure. . . . Mitchell’s reportage is so vivid, so real, that it comes out like fiction of the highest order.” —Chicago Sun-Times

“Mitchell’s darkly comic articles are models of big-city journalism. . . . His accounts are like what Joyce might have written had he gone into journalism.” —Newsweek

Up in the Old Hotel is available for purchase at most bookstores. Register for the October meeting of the Seaport Museum Book Club today to receive a 10% off discount code for online orders of Up in the Old Hotel at McNally Jackson Books.

September 2022: Saved at the Seawall: Stories from the September 11 Boat Lift by Jessica DuLong

Saved at the Seawall is the definitive history of the largest ever waterborne evacuation. Jessica DuLong reveals the dramatic story of how the New York Harbor maritime community heroically delivered stranded commuters, residents, and visitors out of harm’s way. Even before the US Coast Guard called for “all available boats,” tugs, ferries, dinner boats, and other vessels had sped to the rescue from points all across New York Harbor. In less than nine hours, captains and crews transported nearly half a million people from Manhattan.

It’s 1863, and dinosaurs roam the streets of New York as the Civil War rages between raptor-mounted armies down South. Magdalys Roca and her friends from the Colored Orphan Asylum are on a field trip when the Draft Riots break out, and a number of their fellow orphans are kidnapped by an evil magistrate, Richard Riker. Magdalys and her friends flee to Brooklyn and settle in the Dactyl Hill neighborhood, where black and brown New Yorkers have set up an independent community – a safe haven from the threats of Manhattan. Together with the Vigilance Committee, they train to fly on dactylback, discover new friends and amazing dinosaurs, and plot to take down Riker. Can Magdalys and the squad rescue the rest of their friends before it’s too late?

While the book is appropriate for ages 9+, it will surely appeal to literary, history, and dinosaur lovers of all ages. Dactyl Hill Squad has been called “an unforgettable historical, high-octane adventure” that “adults will enjoy reading just as much as kids!” The New York Times Book Review declared, “Older fascinatingly blends thunder-lizard thrills with lesser-known but important aspects of American history.”

Dactyl Hill Squad is available for purchase at most bookstores. Register for the August meeting of the Seaport Museum Book Club today to receive a 10% off discount code for online orders of Dactyl Hill Squad at McNally Jackson Books.

This month we will read a book written by a sailor for sailors. The Lost Endeavour tells the tale of Charles Harding, who is kidnapped from his school near Deptford, England, taken to Virginia, escapes, joins with a crew of stranded seamen, and takes part in a wild expedition to locate a golden treasure in an ancient temple on an island in the Gulf of Honduras.

“I got my learning, such as it is, from Dr. Carter, who kept an Academy for the Sons of Gentlemen, in a great old haunted house which stood at that time (1690) near the coach road to Shooter’s Hill, on the southern border of Black Heath.”

In 1910, The Outlook called The Lost Endeavour “one of the finest tales of the sea that our island has produced” and asserted that “no other man ever wrote a tale of buccaneering who knew so much about it.”

The Lost Endeavour is in the public domain and is available on many online literary resources. The book is also available for order from McNally Jackson Books.

Check out our bi-monthly blog where our collections team takes you behind the scenes and shares some of their work, inspiration, and more while highlighting hidden gems of history, the seaport, and our collection