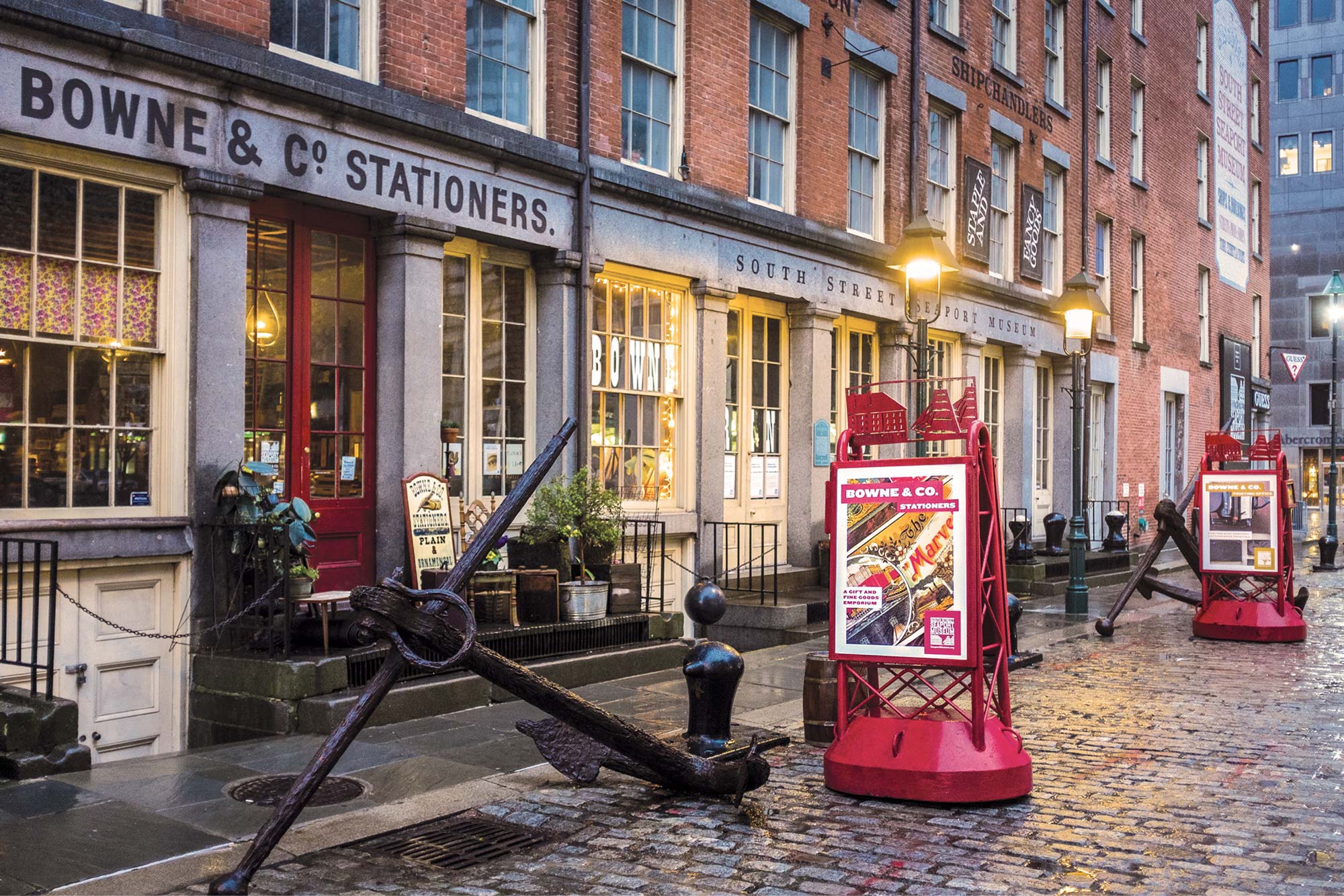 A Message From Captain Jonathan Boulware

This pandemic has dealt our beloved city a terrible blow, the full extent of which is still unclear. As New Yorkers, we have faith that the city will rebound as it has time and again. For a city that constantly reinvents itself, there must—there will—be a bright future.

Our Campaign—Our City, Our Seaport—is engaging our friends and neighbors to save the South Street Seaport Museum.

The greatest city in the world was a port before it was a city. Founded in the port-birthplace of New York, the Seaport Museum connects us as New Yorkers to our roots. Today, in what we still have of that lower Manhattan seaport, the Museum tells the story of a growing metropolis, connecting the stories of immigrants, enslaved people, merchants, indigenous people, and workers—early New Yorkers—to the present day.

This institution is not new to setbacks. Since its founding in 1967 it has been knocked back repeatedly. It was closed for nearly two years following 9/11, hit early and hard by the 2008 financial crisis, flooded by Sandy, and now closed by the pandemic. The museum has been battered to the point of closure practically every half-decade, and yet it persists.

First, it’s a museum that represents the essence of our city, and the people who built it. Second, it has a loyal group of devotees who passionately defend it. Board, staff, volunteers, members, New Yorkers. These people understand the Museum’s importance. Its very existence is an audacious idea made real and replicated nowhere else: a museum in symbiosis with an historic port district at the heart of this global metropolis.

But this crisis is different. COVID-19 has put many businesses on the ropes: restaurants, museums, theaters; all are facing the prospect of a grueling fall and winter and an uncertain 2021. Some will not survive. But the loss of the Seaport Museum would be an inexcusable tragedy for the City. The landmarked buildings would be repurposed for retail or offices; the lauded fleet of historic ships would be given away, or worse. The painstakingly-accumulated artifact collection—some 28,000 artifacts and 55,000 historical records that represent the beginnings of New York City—would be scattered. And the South Street Seaport Historic District would lose what defines it.

Ours is a sacred charge, but we must act quickly. At present stripped-down levels of funding, the Museum will not survive 2021. In a time when the city and state are strapped for financial resources and philanthropic dollars are stretched thin, we must look outside of traditional funding models to steward the Seaport Museum into the future.

The Howard Hughes Corporation has put forward a plan that would provide us a pathway to survival as part of their proposed development of a mixed-income apartment building at 250 Water Street. It would deliver $50 million in reliable, recurring revenue that will stabilize the institution, allow us to re-open, and put us on a path towards delivering a cutting edge, resilient building that meets our needs to serve New Yorkers and visitors for generations.

We ask all those who love New York to step forward. Join the die-hards who have kept the Museum alive through myriad challenges. Work with us to build anew, so that future generations will return to New York’s birthplace, walk the cobblestone streets, step aboard the ships, explore the harbor, and connect with their identities as New Yorkers and as Americans.

The time is now. The threat is real. Together we must, we will, save the South Street Seaport Museum.

Interested in getting involved to become an advocate for the South Street Seaport Museum or learning more? Join the campaign by signing up below or text SEAPORTMUSEUM to 22828